Stay up to date with all of the latest news with SZapp!

We have hit the ground running this term. On Monday 27th April staff participated in a professional development day which involved some detailed planning for remote learning and an online course on "Effective Feedback". Effective feedback is one of 10 High Impact Teaching Strategies (HITS). HITS are instructional practices that reliably increase student learning when they're applied. They have emerged from the findings of tens of thousands of studies on what has worked in classrooms across Australia and the world. International experts often rank HITS at the top of strategies that contribute to student learning. We will continue to explore HITS here at St Anne's, which will complement the great instruction already taking place.

Thank you again for your support and patience with remote learning. We understand that it is not easy to manage this at home and that systems don't always work perfectly at first. We have sent home a lot of email correspondence to you in the past week and we appreciate you taking the time to read it. Thank you to our staff for their efforts over the term break. We welcome back Lia Marin to her Year 2 class and thank Nina Gaynor and Veronica Reichstein for covering Year 2 in Lia's absence.

I do not have a transition to full time student attendance at school plan available to share with you at this point in time, but we are exploring different ways that this could take place. I have a meeting on Monday with the Director of Catholic Education and I am hoping to have a plan for you after that. We already have a number of students returning to school. They are being supervised with their remote learning schedule in 3 classrooms. As I mentioned in my email to you earlier in the week, we are putting in place extra hygiene practices to ensure the safety of all.

Due to COVID-19, we have been unable to hold our normal Information Nights and Open Days. We are currently working with a marketing company to put together some online events and flyers. If you would like to discuss new enrolments, please do not hesitate to contact the school and we can chat over the phone or via video conference.

I would like to officially welcome my daughters Amber (Yr 4) and Eloise Haigh (Year 6) and my wife Danielle to the St Anne's Community. Amber and Eloise started remote learning with their respective classes this week and they look forward to the day they can attend in person and get to know their classmates. 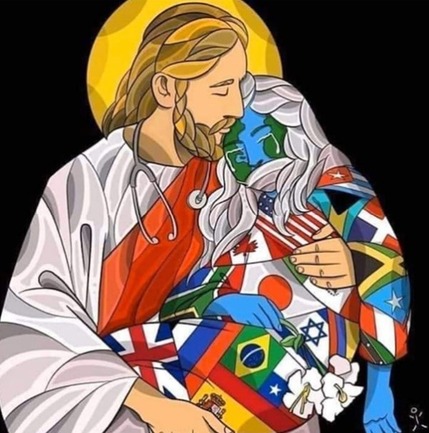 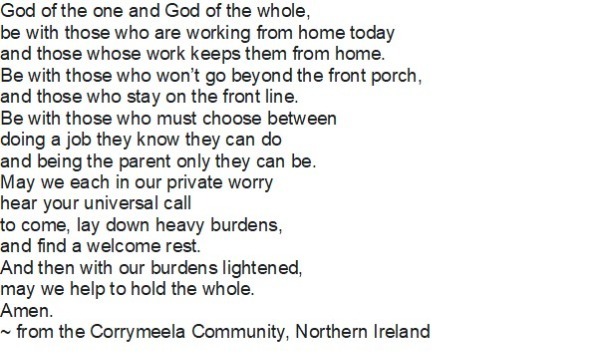 
This Sunday is the Fourth Sunday of Easter called Good Shepherd Sunday. In the Gospel reading the theme of Jesus the Good Shepherd is hinted at with Jesus proclaiming: “I am the good shepherd” . The central image of the reading, in fact, is that of the door. To this image, others are added: the fence, the thieves and robbers, the guardian and strangers. Who are they? Whom do they represent? What is the meaning of the “similitude”?

Let’s assume an explanatory note about the customs of the Palestinian shepherds.

The sheepfold was a pen surrounded by stone walls on which were placed bundles of thorns. Brambles are allowed to grow on it to prevent sheep from exiting and thieves from entering. The pen could be in front of a house, built outdoors, or on the slope of a mountain. In the latter case it was typically used by most shepherds who bring their sheep at night; one of them was awake while others slept.

In fact, the shepherd “watched” meant that armed with a stick, he was positioned at the entrance of the fold—that had no door. He squatted and, in that position, blocking the access, he himself became “the door.” Typically, he dozed off, but his presence was enough to deter the raiders from approaching the fold and to prevent the wolves from getting into the enclosure. The sheep could be approached only by whoever he allowed to pass.

In the morning, when every shepherd stood at the door, the sheep immediately recognised his step and voice. They would get up and follow him, sure to be carried out in the pastures of fresh herbs and oasis with pure and abundant water. They followed him because they felt loved and protected; the shepherd had never disappointed nor betrayed them.

From this experience of his people’s life, Jesus sets a parable with the true shepherd. The feature that sets him apart is tenderness: he knows his sheep by name; and calls them “one by one.”

In the second part of the passage, Jesus appears first as “the gate of the sheep” then as “the gate.” If one keeps in mind the explanation given above, we could say that he is the guardian that is placed at the entry like “gateway.”

The door has a dual function: to let the owners pass and to prevent the entrance of outsiders. He is the one who decides who can have access to the sheep and who has to stay away from the flock. The one who has assimilated his own feelings and provisions in respect of the sheep, who is willing to give his life as he did, can pass and is recognized as a true shepherd.

Through the door, not only shepherds pass but the sheep also enter and exit. Jesus presents himself as the gate also in this sense. Only the one who passes through him reaches fertile pastures, finds the “bread that satisfies” and “water welling up to eternal life”, therefore obtaining salvation.

Jesus is a narrow gate (Mt 7:14) because he asks for self-denial and selfless love to others. The parable of the good shepherd involves faith. The sheep hear his voice and they follow. The good shepherd promises food and security. He knows each by name. He is also the door, through which, by faith, they enter.

REFLECT: Do you hear the voice of the good shepherd? Since he knows you by name, does this make you feel good?

PRAY: The good shepherd calls you by name. Pray for the grace to listen to his voice in your daily life. Pray for people involved in great disputes, especially those in the land in which Jesus lived. May we be willing to enter into a relationship with the good shepherd, to pass through the gates that hold us back in our lives.

ACT: Pay attention to names when you meet new people. Learn people’s names and use them. 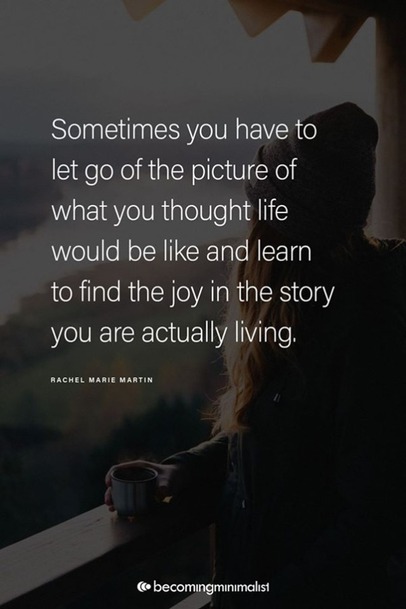 Primary students have started the transition to the Microsoft Teams platform. Teachers have been corresponding via email and Google Meets to ensure it is a successful move. They should be all using this by Monday of next week. K-2 students are also transitioning over to using SeeSaw instead of Google Classrooms.

Secondary students will continue to use Google Meets for their video conferencing and Google Classrooms for their class work until further notice. There has been a delay in the Catholic Education office with rolling out the teams to Secondary.

The renovations have progressed over the holidays and we will be holding another site meeting tomorrow. I will share some new photos with you on Facebook after this meeting. The initial work schedule for completion of the renovations is down for the end of July, however, there is a posibility that a 3 week extension will be applied for. I have received the plans for part 2 of the renovations (Science, Food Tech and Wood/Metal rooms). The plan is that part 2 will roll on from part 1 and hopefully we see some work later in the year.

The old boundary fence that backs onto the park was pulled down in the holidays and the new one has arrived. Brent Krause has been working this week on preparing the site for cementing the posts and putting up the new fence. We thank Brent for his time and effort with organising this. 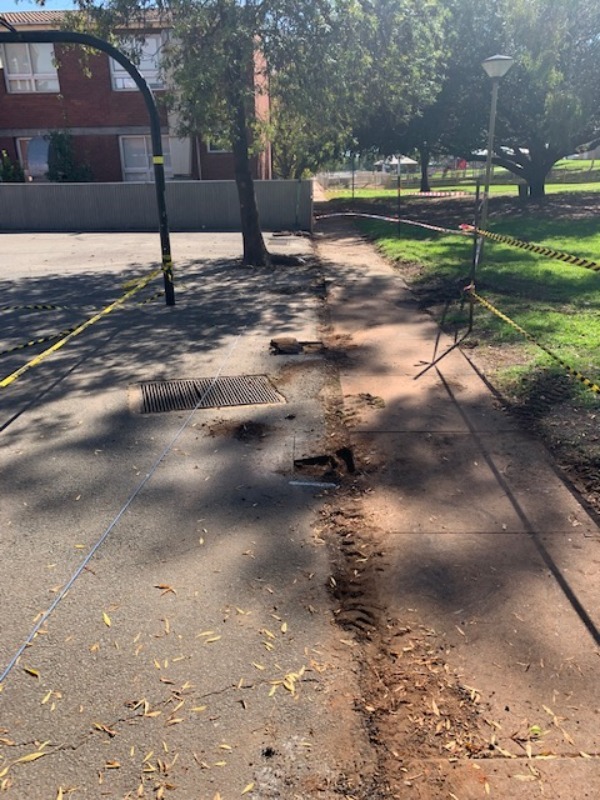 The hall was painted in the holidays. Michael O'Callahan has done a great job rejuvenating the space. The carpet was also stretched out to remove any lumps. This was paid for by a Grant that the Parish received. 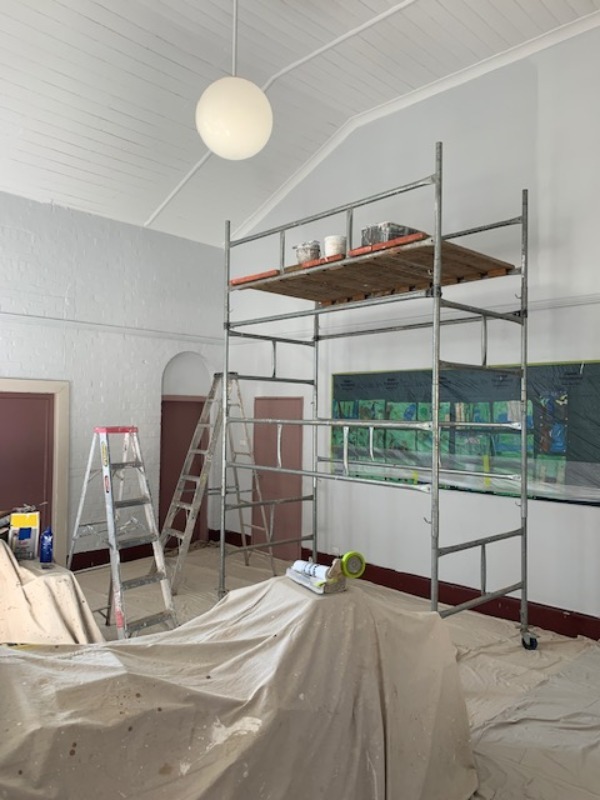 As you all are aware students are missing out on many things because of online learning and one thing they are particularly missing out on is working towards a common goal and socialising within a class.

This year, some classes at St Anne's have decided to participate in the 'Kiss Goodbye to MS - The May 50km' to get students moving and working towards the common goal of raising money for MS and reaching 50km in May. We recognise that it is a tough time to be asking for donations, so please do not feel any pressure to contribute financially. Classes that are participating, will be notified by the classroom teacher.